The music industry’s top artists strutted their stuff on the red carpet, sang  their hearts out on stage and excitedly paid tribute to the talented winners at the 55th Annual Grammy Awards Sunday night—and all in their most eye-catching getups! However, some of the glitzy garb proved to be quite risqué, given the strict dress code. But many celebs didn’t seem to care about covering up—Katy Perry’s décolletage-baring gown and J. Lo’s leggy dress, among other daring ensembles, are the talk of the town! Regardless, these leading ladies, as well as their music-lovin’ peers, looked absolutely fabulous for the show!

Aside from the evening’s crazy cool fashions, our peepers were on the lookout for our favorite accessories: specs and sunnies! A lot of A-listers made major statements with their frames. Johnny Depp and Elton John must’ve been feeling blue yesterday, as they both rocked shades with lenses in the trendy hue! And we were big fans of Redfoo’s signature white glasses with a studded brow bar and Wiz Khalifa’s blacked-out sunnies with gold temple embellishments, not to mention Ne-Yo’s sleek, matte wayfarers. 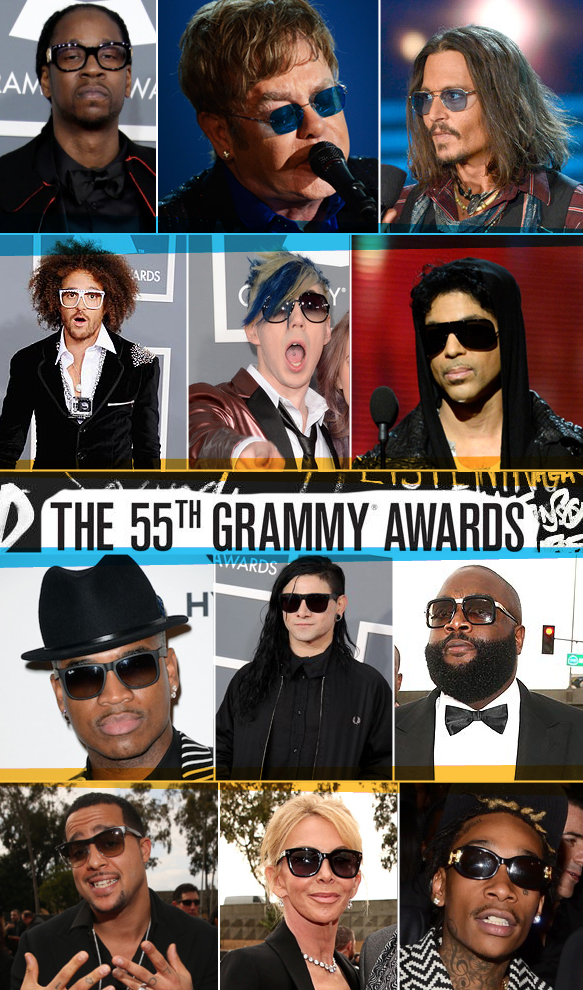 Geek chic and retro eyewear was also a hot commodity. We spotted members of Maroon 5, Fun., The Lumineers and Mumford & Sons, just to name a few, sporting dapper rounded frames with keyhole bridges and old-school silhouettes for the occasion. 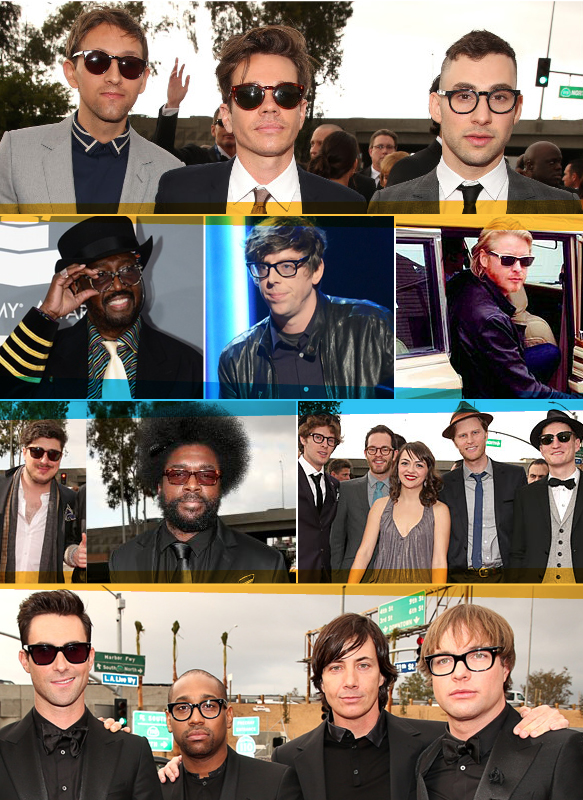 The night wouldn’t have been complete without a few legendary guys wearing aviators. While Eric Church and Sean Paul kept it classy with traditional versions of these sunglasses, Flo Rida and Swizz Beatz showed off more updated styles.