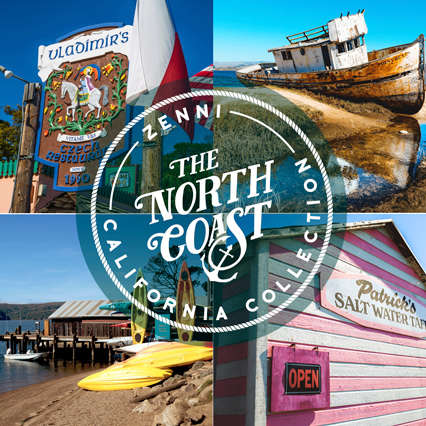 In West Marin, as you wind your way along the west shore of Tomales Bay toward the Pacific Ocean, you’ll pass through the quaint town of Inverness. This blink-and-you-might-miss-it hamlet is worth a stop.
The best way to explore Tomales Bay is by kayak. You can rent one from Blue Waters in Inverness. They’ll hook you up with everything you need for a couple of hours of paddling bliss. Morning is the best time, when the fog is just burning off and the bay is like glass. Just don’t freak out if a curious sea lion pops up beside you, or if a bat ray suddenly disturbs the surface of the water with its flapping wings. There are several beaches along the west shore that you can paddle up to, including Chicken Ranch, Shell Beach and Heart’s Desire. 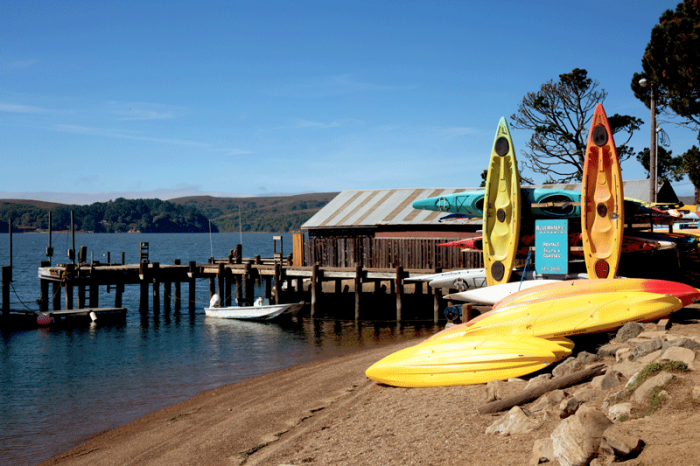 After you’ve worked up an appetite paddling, hit up Perry’s deli for the famous Marin Reuben sandwich or—if you want a more exotic, old-world experience—check out Vladimir’s Czech restaurant. This family-run Inverness institution, which has been around since 1960, is a great place to enjoy a cold Pilsner Urquell and some traditional Czech fare. 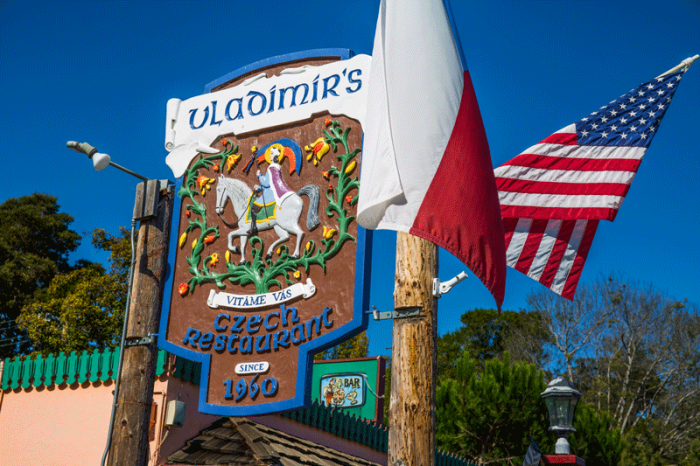 On the beach behind the local market is a decades-old shipwreck called the S.S. Point Reyes. Rusted or romantic? You decide. 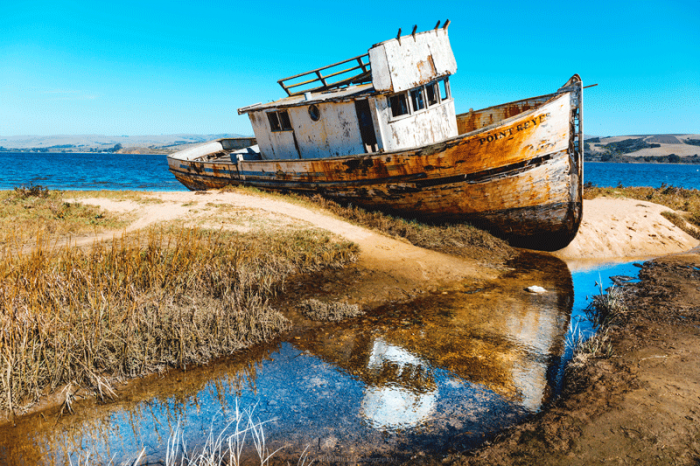 About 30 minutes from Inverness, on the east shore of Tomales Bay, lies the town of Marshall. It is home to two popular North Coast destinations: Hog Island Oyster Co. and Nick’s Cove. If you’re an oyster lover, no visit up the coast is complete without shucking and slurping these delicious bivalves at the source. Hog Island’s Marshall Oyster Farm has a kiosk called “The Hog Shack” where you can pick up a bag of shuck-your-own live oysters to enjoy at one of their picnic tables. If you can’t handle doing the work yourself, there’s also an oyster bar that serves up shucked raw oysters and BBQ oysters. 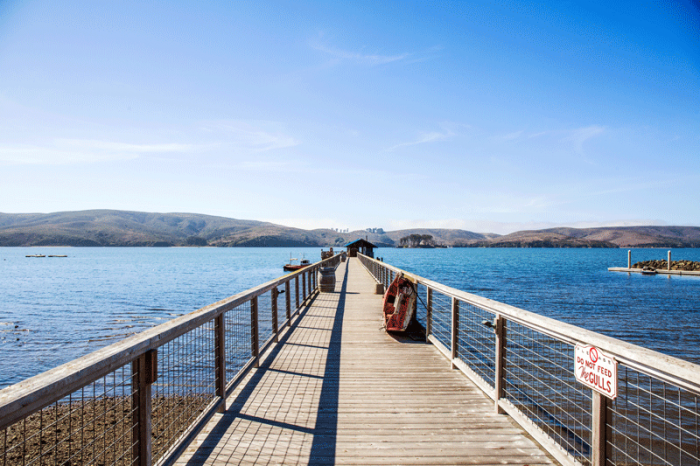 When you’re ready to get the shuck out of Hog Island, bounce over to the friendly bar at Nick’s Cove and imbibe a cocktail. You can also take your drink out to the boat shack situated at the end of Nick’s pier. Inside this funky little shack you’ll find a table, chairs and an old Burmeister piano. It’s the perfect spot to take in Tomales Bay or to tickle the ivories, if you’re so inclined. 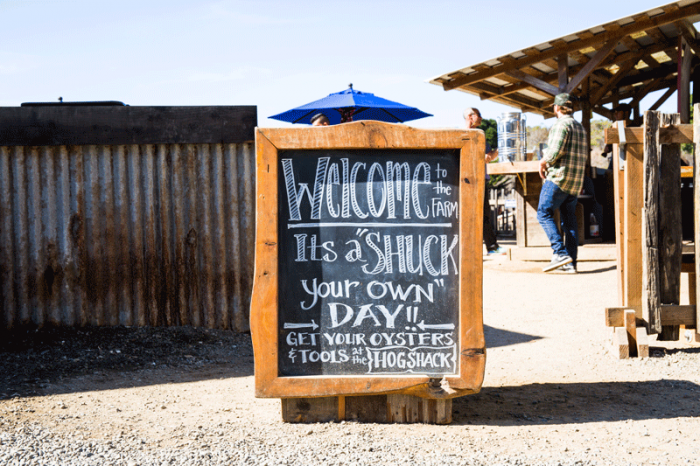 As you continue north, you’ll hit Bodega Bay. This sleepy coastal town was made famous by Alfred Hitchcock who used it as the backdrop for his classic horror flick, “The Birds.” Hitchcock’s spirit lives on in Bodega Bay where they still pay tribute to the legendary director around town. You can grab a bite at The Birds Café, a casual lunch spot with an outdoor patio where you can savor local favorites like clam chowder and artichoke fritters. 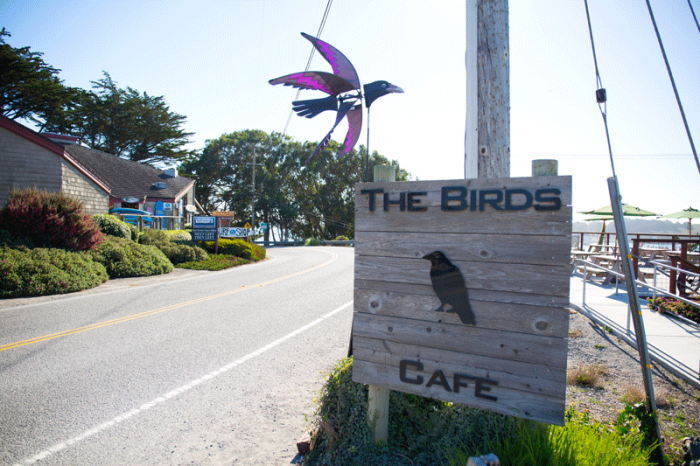 There’s also the Bodega Country Store which has the largest collection of Hitchcock memorabilia. If you really want to get your Hitchcock on, visit Bodega Bay in March when the annual Hitchcock Film Fest takes place. 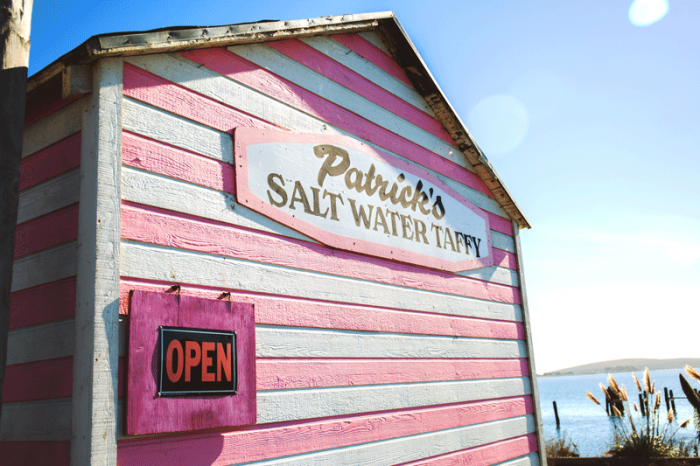 Bodega Bay has plenty of North Coast charm with quaint shops like Patrick’s Salt Water Taffy, where you can sink your teeth into gooey taffy with flavors like Hot Chocolate, Blueberry Muffin, Gingerbread and many more. Candy & Kites is another fun shop. Pick up a colorful kite and unleash the kid in you at the nearest beach. 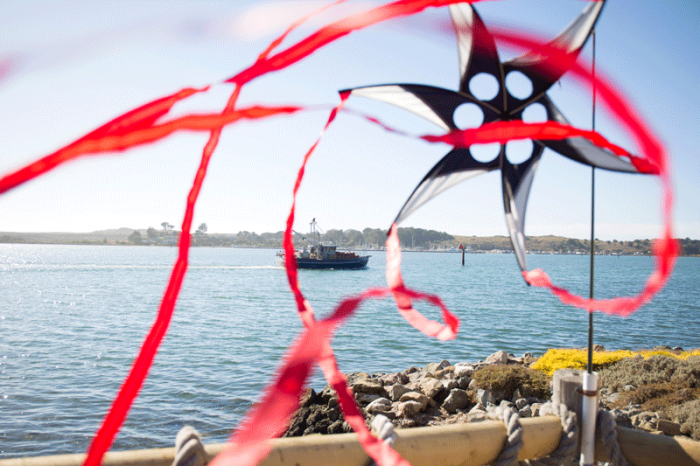